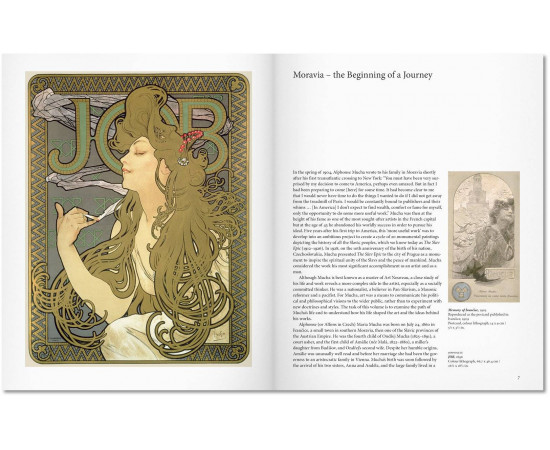 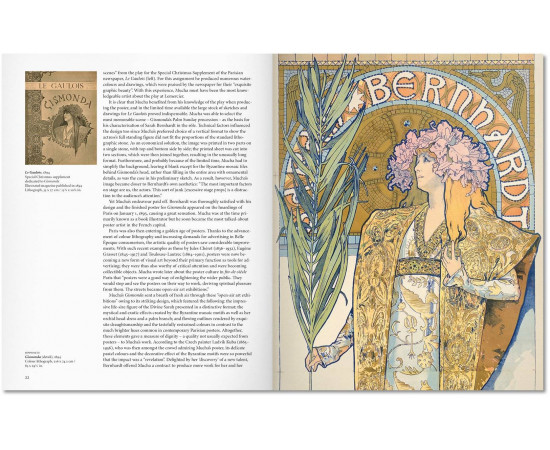 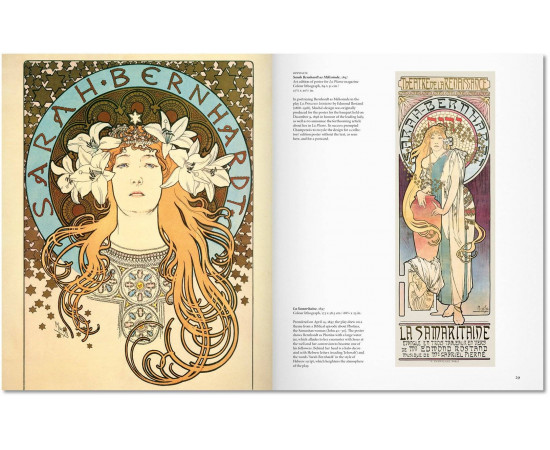 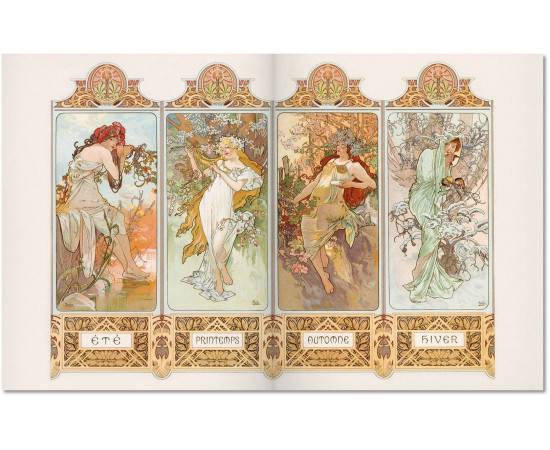 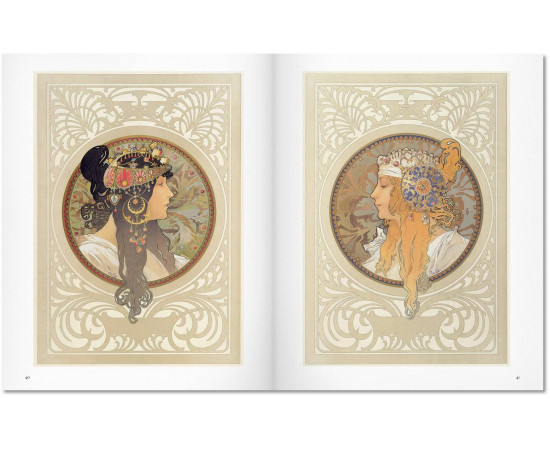 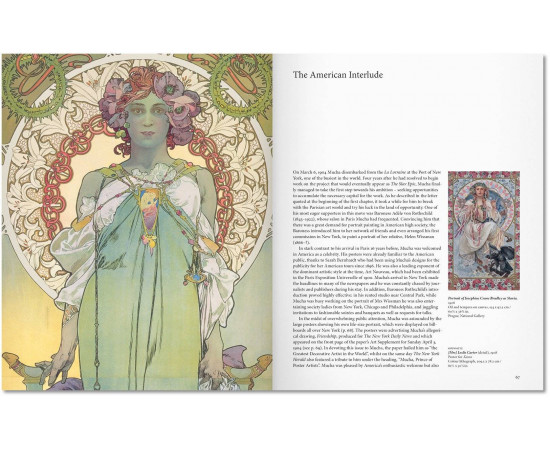 With his instantly recognizable decorative style, Czech artist and Art Nouveau master Alphonse Mucha (1860-1939) defined the look of the fin-de-siecle. In evocative shades of peach, gold, ochre and olive, his seductive compositions of patterns, flowers and beautiful women became a mainstay of illustration, posters, postcards, and advertising designs of the day. In particular, his posters of star actress Sarah Bernhardt have become paradigms of the Belle Epoque years. Alongside this delicate decoration, Mucha also harbored committed nationalist beliefs. With monumental works such as The Slav Epic, he expressed his staunch support for Pan-Slavism, promoting the political independence of the Czech and Slavic nations from the Austro-Hungari an Empire. In a period of much European turbulence, he was also a Masonic philosopher and pacifist, with many humanist ideals.